Historically, the need for a community college serving the Oxnard Plain has been recognized by the Oxnard, Camarillo, and Port Hueneme communities and the governing board and administration of the Ventura County Community College District, since the district was formed in 1962. 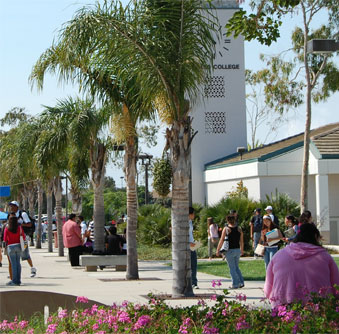 Founded on the understanding established in those early years, the 118 acre college site was purchased in 1968. In 1969, the first classes offered under an Oxnard Center concept were offered at Ramona School in Oxnard. The Oxnard Center program expanded in the fall of 1973 with the opening of the Oxnard Educational Center at 9th and B streets in Oxnard, under the direction of Ventura College; in February, 1974, a Camarillo Center opened under the auspices of Moorpark College.The 2000 AD Educational Master Plan and strong support from the Oxnard-Port Hueneme area focused attention on the need for a third college in the spring of 1974, and trustees officially voted to build Oxnard College on March 26, 1974.The college officially opened its doors in June, 1975, for its first summer session, utilizing the Oxnard and Camarillo centers begun by the other two colleges in the district, and adding classes at a variety of sites throughout the Oxnard Plain. 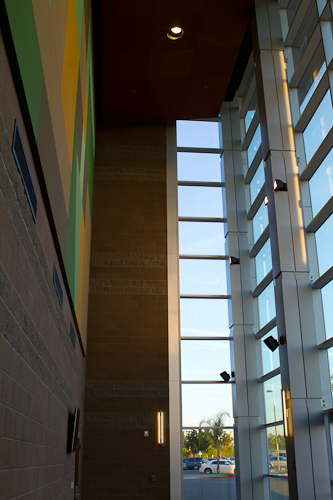 By mid-fall, 1975, Oxnard College had more than 4,400 students enrolled and during the spring semester that number was even higher -- in all likelihood a record enrollment for first-year community colleges in this state.In fall, 1979, the first two permanent buildings were occupied on the campus. A Liberal Arts building houses 20 classrooms plus science and business laboratories and faculty office wings, and a Library/Learning Resources Center holds the college Library, Learning Center, general classrooms, and administrative and student services offices.The more recently constructed Occupational Education Building houses the college's information processing, air conditioning and refrigeration, hotel and restaurant management, electronics, and word processing programs. A new Child Development Center opened in early 1992, and a new Physical Education Complex with basketball and racquetball courts, showers and lockers, dance room and weight training facilities officially opened in the fall of 1994. The construction of a Language Arts/Math/Science Building was completed in 1997. Other campus buildings include two relocatable classroom buildings, a vocational shop building, a student services center, student activities center and a food services facility.

Oxnard College continues to be committed to developing a comprehensive educational program as well as a comprehensive campus environment for the students of its service area.