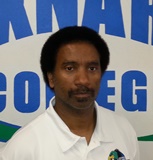 Thara Innocent has been coaching for over 16 years at different levels of basketball, from kids, high school, travel basketball, and adults. In the 16 years of her coaching career, she was able to achieve multiple accomplishments and a championship.

Dorian Guerrero--Basketball Assistant--Coach Guerrero, a 33 year USAF Veteran who toured 9 times in support of 3 wars, started coaching basketball with the Oxnard/Port Hueneme Boys & Girls Club in 1996.  During one of his tours in support of Operation Iraqi Freedom, Coach Guerrero was honored to coach an All-Military basketball team that played in the capital City of Doha, Qatar.

Dorian enjoyed helping the Oxnard College Men’s Team, starting with the 2001/2002 season.  He later went to help coach with the Lady Condors for 4 years.

From 2012 to 2014, Coach Guerrero was and assistant for the girls at Rio Mesa High School.

Dorian is ecstatic to be back for his “second tour of duty”, coaching at the collegiate level, with both the men and women at Oxnard College. 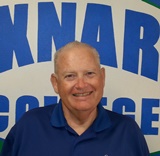 Paul Ronan - Basketball Assistant--Coach Paul Ronan graduated from Hueneme High in 1968.  He received a BA from Cal State Bakersfield in 1972.  Paul worked from 1976-2006 as a Recreation /Sports Coordinator for the City of Oxnard Recreation Division.

Mr. Ronan was a student assistant for the ’71-72 CSB Men’s Basketball program.  During the past 35 years he has worked part-time as a HS basketball and football official.  He has also volunteered his services to local high schools as a scorekeeper and clock operator.

Since the early ‘90s, Mr. Ronan has assisted the Oxnard College Men’s and Women’s Basketball Programs as a scorekeeper, clock operator, and all-around assistant.