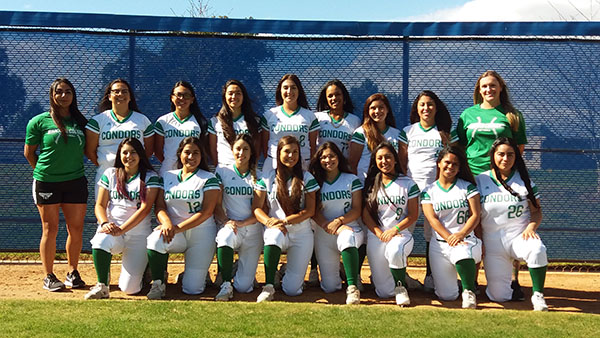 Coach Lawley joins the Condors ahead of the 2018 spring season as a Northern California transplant. Between five years as a Varsity High School Head Softball Coach, her 2015-16 stint as the assistant coach at NCAA Division II Dominican University of California and numerous seasons coaching 14U-18U travel programs, Coach Lawley has softball in her blood. She coached Tamalpais High School’s Varsity team to its first CIF North Coast Section Division III title in school history in just her third year with the program. The following season, they made it back to the championship game. In each of Coach Lawley’s five seasons at the helm of her Varsity programs, her teams made the postseason. Coach Lawley has a 91-47 record as a Varsity Head Coach, including an 11-4 clip in the North Coast Section Division III playoffs. She also took Tamalpais to Cuba and went undefeated in three games against local teams in Havana, in 2013.

Coach Lawley received her BA in Humanities and Communication from California State University, Monterey Bay in 2004, her single subject teaching credentials in Health Science and Physical Education from Sonoma State University in 2009, and her MA in Coaching and Athletic Administration from Concordia University-Irvine in 2016. Before accepting a full time position as a Health and Physical Education Instructor at Oxnard College, she taught high school physical and health education in Marin County for eight years. She was a sports reporter and columnist for the Napa Valley Register for four years before that.

When she’s not coaching softball, Coach Lawley enjoys the beach, participating in Avon 39: the Walk to End Breast Cancer, watching the San Francisco Giants, and spending time with friends, family, and her two cats Dottie and Kit.

Coach Gutierrez enters her sixth season with Oxnard College in 2018. A 2005 Pacifica High School graduate, Gutierrez played two seasons for Ventura College, where she earned Most Valuable Player and First Team All-Western State Conference in 2006 and 2008. After two seasons at VC, Gutierrez transferred to Missouri Valley College where she played outfield in 2009 and 2010. She was the first player in school history to earn the Title of Heart of America Champions award, while leading her team to the NAIA Tournament in 2009. She stayed at MVC an additional year to finish her BA in Mathematics with a minor in Psychology in 2011 while also serving the softball program as an assistant student coach.

Upon returning to Oxnard, Gutierrez coached two seasons at Pacifica High School as well as several travel programs in the area before joining the Condors. When she’s not coaching softball, Gutierrez plays USSSA Major Women’s slow-pitch softball. She’s also is a health and fitness guru, enjoys outdoor activities, competing in races, and spending time with friends and family.

Coach Jimenez is an Oxnard product, graduating from Hueneme High School in 1991 before playing football for Ventura College. He began his head coaching career at the College of Southern Nevada in 2006 and continued through 2011. During his tenure there, College of Southern Nevada became a national ranked program in the NJCAA while numerous players earned All-American and All-Region honors.