A Film and Conversation with Johanna, a Young Transgender Latina

Are you a boy? A girl? Neither, both, or somewhere in between? The Youth and Gender Media Project helps create communities where all genders are celebrated and all children are loved! 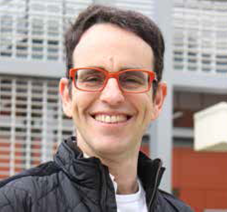 How would it feel if your mom prayed for you to be someone else? In Johanna's case, after her mother's prayers proved ineffectual, her mother then tried therapists and a mental hospital in her quest to “fix” her daughter’s gender identity. That's the struggle this 16-year-old transgender Latina faces. While she was born a boy, Johanna identifies as a woman, and felt she was living a lie.

Becoming Johanna is a compelling story that follows the struggles transgender teens face every day. In the end, Johanna refuses to let her mother’s rejection define her life and she continues the journey toward becoming comfortable in her own skin. She finds mentors and a family-of-choice who love and support her and enable her to thrive. Johanna’s story is as beautiful as she is, and will leave you hopeful that we can build communities that accept all of our children just the way they are.

For this OC LIVE presentation, we will screen the short film “Becoming Johanna” and then have a conversation about the themes that arise in the film. Both the filmmaker and the star of the film, Johanna, will be here to share their experiences.