In May 2020, Academic Senate, Classified Senate, and Associated Student Government partnered with the Oxnard College Foundation to create a COVID-19 Emergency Student Support Fund. The current pandemic has disproportionately affected Oxnard, and our college students continue to face tremendous hardships. An Emergency Student Support Fund was greatly in need prior to the pandemic, and the crisis highlighted this need.

Sadly, Oxnard College lost one of our students, Philip Albert Greene, to COVID-19. Phil Greene was a genuinely altruistic person, dedicating his life to family and helping others. To respectfully pay tribute to Phil Greene and continue his legacy of helping others, the emergency fund has been renamed to The Phil Greene Emergency Student Support Fund.

Phil was very gregarious and charismatic with a laugh that filled up the room. He was born in Illinois an only child and raised in Camarillo, CA. Phil was a 1981 graduate of Adolfo Camarillo High School and went on to further his education briefly by attending Moorpark College. He changed directions and decided to enlist in the United States Navy and was selected to train at the Naval Nuclear Power School in Groton, CT.

From an assignment Phil wrote 08/19/2020:
"Hi everyone! My name is Phil Greene. This will be my 5th straight semester at Oxnard College, where I have had the blessing to meet wonderful instructors and very kind and respectful students all along the way. Although I think I am 30 I am not."

Phil declined to reenlist in the Navy since his first born was on the way. After the Navy, a marriage, and two children (Nathan and Victoria), he found himself in the transportation business. His passion for people and differing days everyday would be realized by driving taxis for 10 years, then limousines for another 15 years. His driving would take him all over the New England states, including New York and New Jersey. Phil had several notable passengers including musician Billy Joel and baseball legend Yogi Berra.

In 2016, Phil moved back to the West Coast to be closer to his mother. He would continue his driving career by taking a driver position with Vista. At the suggestion and encouragement of Bre, Phil's life partner, Phil would reestablish his college career by first attending Ventura College and then transferring to Oxnard College to join their Addictive Disorders Program to continue his legacy in helping others. Originally working on a Social Work degree, he decided to change to a long-range academic goal of a Doctorate with a Masters in Social Work preceded by a double major B.S. degree. While being a full-time student, Phil was given the opportunity to intern and use his educational work in the industry with employment for Turning Point Foundation. In Fall 2020, Phil became a graduate of Oxnard College with an Associate in Science degree specializing in Addictive Disorders Studies. At the time of his passing, Phil was taking courses at Oxnard College to transfer into the Bachelor of Science program in the California University system.

Phil loved the beach and often would take his zoom classes down by the Ventura coastline. Phil loved his family which now includes 3 grandsons that he would go back to the East Coast as often as possible to visit. Phil was an active member of Calvary Chapel Ojai Valley and its community homeless outreach program. Phil's family prays that his love of helping others will live on through you.

Impacts due to the COVID-19 pandemic:

Due to this pandemic, my mom was laid off from her job. Being the only working body in the house, I have now picked up all the bills for my household. I'm 21 years old living with my mother, younger brother, and younger sister. My mom is doing her best with what she has, but I'm here to fill in all the gaps. 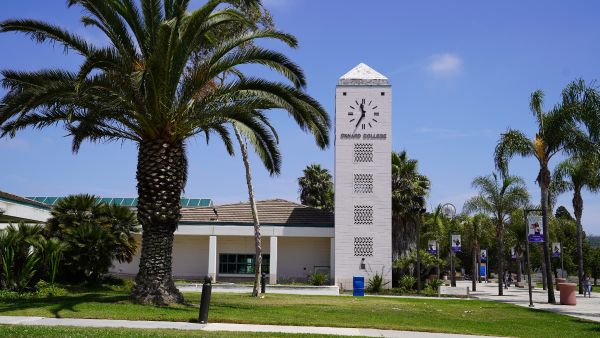 Student Support Fund - FAQ and How You Can Help

The Oxnard College Foundation's highest priority is to ensure students' needs are met so they can continue with their academic goals. This mission is vital as we navigate through these uncertain times brought about by the ongoing health crisis. COVID-19 is impacting the entire world, and college students are facing unprecedented challenges -- technology deficiencies, food insecurities, lost wages, and even homelessness.

These are difficult times.

The Foundation has created a fund to support emergency needs that arise from students' unexpected hardships, and needs your help to support our community college students.

Over 60% of the student population at Oxnard College attends part-time as they balance a busy schedule with classes, work, home life, and studying. The continuing COVID-19 crisis forces students to decide between supporting their households and their education. Students face lost wages as work positions are cut, and therefore cannot afford to attend college to further their careers. Our college students are an important and integral part of the community -- if forced to discontinue their education, not only will our students suffer, but the local marketplace, businesses, and the job market will also suffer. As a community, we need to support our students as they work hard to become doctors, HVAC technicians, auto tech specialists, and the list of professions goes from there!

By clicking the Donate button, 100% of your donation will help support Oxnard College students during this challenging time. Every dollar makes a difference!

The Student Support Fund will help students with much needed resources, including:

I live with my 89 year old grandma who is suffering from dementia and cannot be left unattended. We had a CNA come while I was at work or school, but once the pandemic hit, their services were no longer available. I quit my job to take care of her while striving to keep up with my academics. Financial hardship is the brunt of our issues, as I cannot even do my side job for Lyft. The lack of protective gear is also difficult. 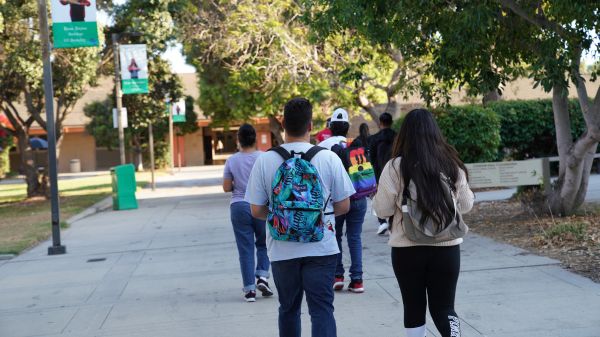 I used to work at a middle school as a paraprofessional and Avid tutor, but we stopped working when the schools were shut down. I won't get my job back since schools are closed for the remainder of the school year, and this was my only source of income. I'm glad I saved up over the year for CSUN, but will now have to spend that money for household expenses. 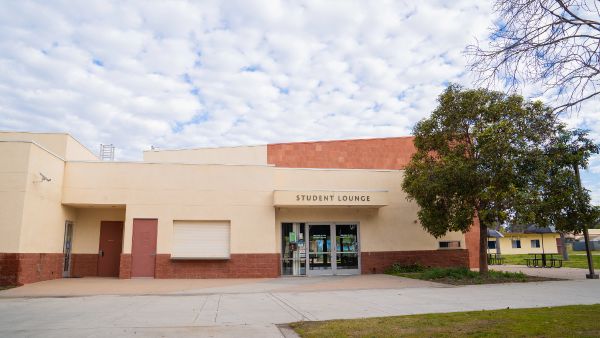 Please Donate
Oxnard College Foundation will match your donation, dollar for dollar up to $20,000!

Oxnard College Foundation is a 501(c)(3) non-profit organization. Your tax deductible donation will help a student to continue their education, assist with housing, help stabilize sources of food, or secure other needed resources.